ainsley@engineeryourbrand.com
Home Uncategorized Nike’s Controversial Just Do It 30th Anniversary Campaign Decision Was An Easy One

When you know what your brand stands for it makes every decision easier. Especially the seemingly difficult ones.

Nike has always been about perseverance. It's been about going all in, whatever it is you need to go all in on.  For the Just Do It 30th year anniversary campaign, Nike is showcasing some great sports examples including Serena Williams in action with the line "Girls from Compton don't play tennis. They own it."  However, the most talked about ad is one featuring Colin Kaepernick with the overlay text reading "Believe in something. Even if it means sacrificing everything." 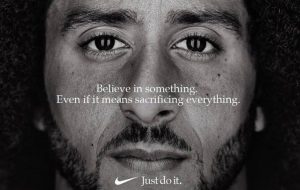 Kaepernick was the leading face of NFL players who took a knee during the national anthem to make a point about the apparent racial injustice happening in the U.S. Some might say that Nike took a big risk with this ad, given the political statement it makes, but I think it was an easy decision for them. And a brilliant one at that.

Nike will always support people who go all in. That's in essence what Just Do It means. It means get out of your own way and just act. It means doing what others won't do. Doing what you know in your heart is the right thing to do for you. All in which Kaepernick did during his bold move of taking the knee which inevitably got him suspended from the NFL.

To build a powerful brand you need raving fans and screaming haters.

If you try to please everyone, you won't accomplish this and instead have a watered down brand that no one cares to connect with because no one sees it as an extension of them. That's what brands are. Extensions of your audience.

The campaign decision Nike made has people absolutely loving or hating their brand. Some people are burning their Nike's and posting it online. Others are posting that if people are getting rid of their Nike's they'll buy them all from them. Brilliant. You have a divided discussion about the brand happening everywhere. The Nike brand is being talked about, praised and put down everywhere...and that's exactly what they should want.

Don't you want to run ads that people deeply care about?

The goal of advertising isn't to just put it out there. It's to make a statement, connect and of course get attention. Nike has done all of the above to a T. Agree with their decision about Kaepernick or not, it was a brilliant branding and marketing decision for the Nike team to make. 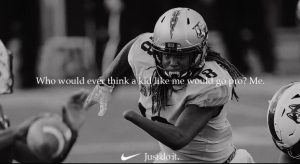 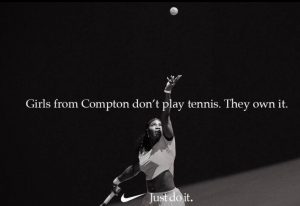 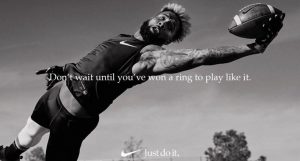 About Engineer Your Brand

We are branding and marketing engineers based in North America, serving the world. Our team has worked on everything from start-ups to multi million dollar brands across countless industries. We build branding and marketing strategies that connect with customers and turn them into loyal consumers, ultimately growing your business.